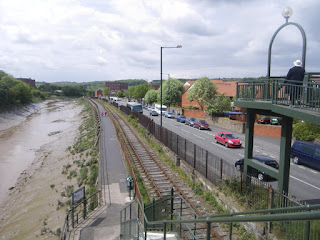 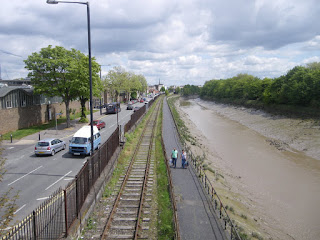 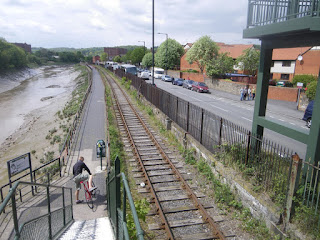 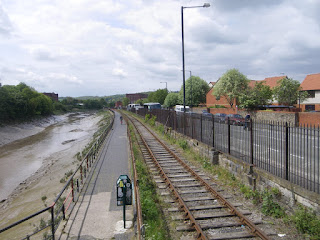 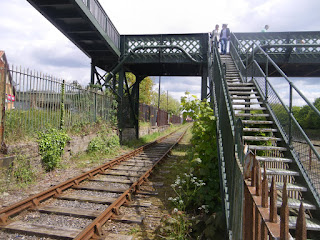 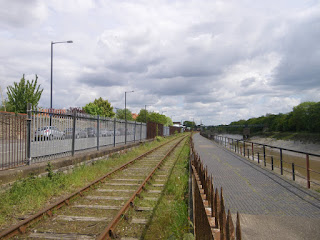 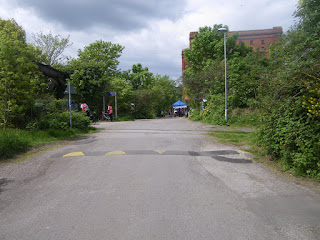 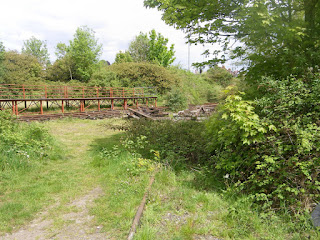 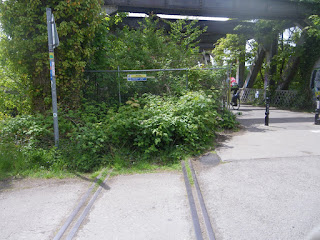 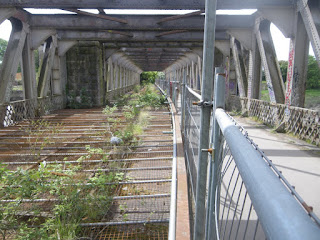 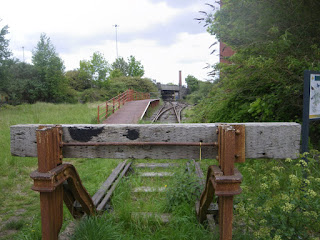 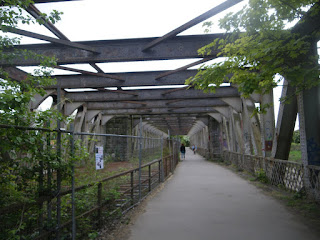 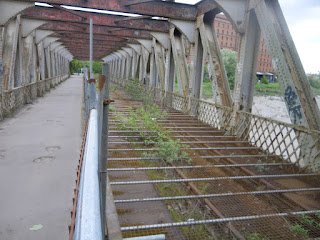 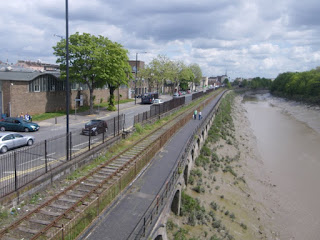 Back in 2010 I went for a long walk down the Create Centre end of the Harbour Railway, capturing its riverside route and also the abandoned track beyond across the old bridge.

I drove past here yesterday and the bridge is now being converted ready for the White Elephant Metro Bus route, which has been VERY controversial in Bristol due to its secrecy, its destruction of countryside, the road works, the cost (both of construction and tickets!) and the route, which goes out of Bristol through countryside and back in again, merging with ordinary road traffic where congestion is worse. This will in the future be a fantastic tram route, but for now we're stuck with something that nobody wanted and very few people will use.

At one time it even threatened the route of the Harbour Railway but even Europe's Least Green City saw that as a step too far!

If anything positive comes out of this (other than the ease with which it will be converted to tram!) it'll be that the Harbour Railway will become far more visible, which can't be a bad thing. The railway is one of Bristiol's best tourist attractions AND one of our best kept secrets! Where else can you travel behind steam on street tracks, and in open carriages at that?

The next trains will be running on the Harbour Railway on 19 March 2016 - it's well worth a visit and all three destinations - M Shed, SS Great Britain and the Create Centre - are all excellent tourist attractions in their own right, and two of them are FREE!

Posted by Steve Sainsbury at 08:36 No comments:

Email ThisBlogThis!Share to TwitterShare to FacebookShare to Pinterest
Labels: 2010, Metrobus 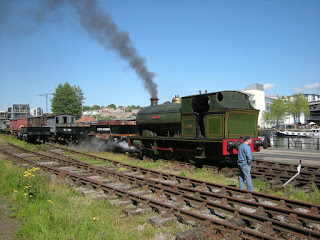 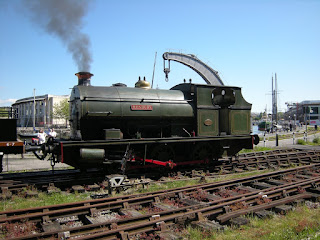 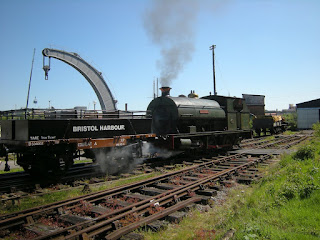 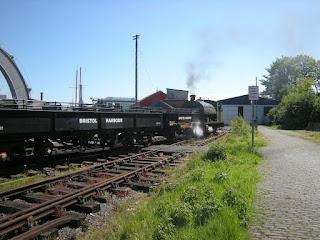 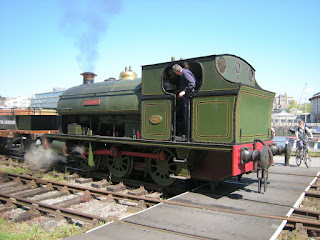 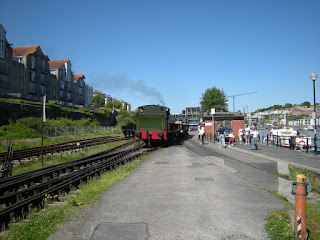 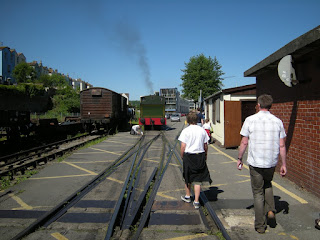 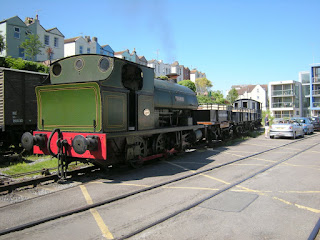 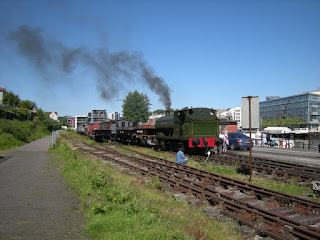 Back in May 2009, on a lovely warm sunny day, I managed to get these shots of Henbury doing some shunting on the line.

We're often told that Health & Safety considerations mean that steam, people, unfenced harbourside and street running just don't mix and would never be 'allowed' in the UK! I'm pretty sure the Bristol Harbour Railway has all these things, and with a 100% safety record.

So the Harbour Railway should become an inspiration for new and rebuilt lines around the country. Steam is fine, street running's fine, unfenced harbourside is fine and so are large groups of ambling people along the track!

Posted by Steve Sainsbury at 05:12 No comments: